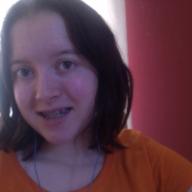 I am a singer, dancer and a story writer and a sims 3 girl. I have been singing and dancing since I first listened Grease which I would have been 3 or 4 years old at the time. I was born on November 25th 1997. I love guys, gays, saving animals since they are friends. I hate lesbians because they always flirt with me, hate bullying also as I had been bullied since I was 4. I am also planning to get married to my crush if it works out after university. My dream is to be a singer and an actress and also to get married. It used to be get married to a celebrity but I have chosen crushes if I ever get any which I have a crush now who is Korean. Thats all my info I can give