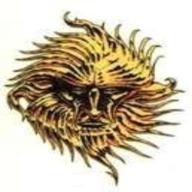 Keeping things simple: Bachelors-- Double Majored in Sociology and Philosophy (Religion Track) with a minor in Biology. Masters-- Sociology primary study based in Sociology of Religion and Ethnocentrism with interdisciplinary courses in Biology and general Sciences. Ph. D-- Religious Studies with a focus in Societal Relations concerning Religion in the coming generations and the future expectations and applications of the eradication of theistic religion.