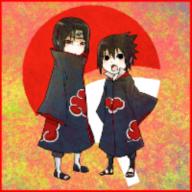 Unless you have seen fullmetal alchemist I suggest leaving now. I am Charlotte Hawkeye, the Dark Ice Alchemist and recently turned Homunculus, Vengeance. I am girlfriend of Envy and subordinate to Lt. Colonel Roy Mustang. Using my knowledge of anime I answer questions to the best of my abilty and spread the word about the awesome anime/manga; FullmetalAlchemist.