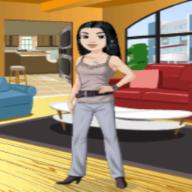 I'm 17, and just like answering questions. For some reason I mostly like to answer questions about music and beauty stuff. The music I understand, but beauty not so much. I guess its the girly girl in me. I'm also a computer geek and love web and graphic design