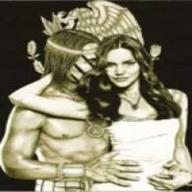 What's up everyone, My name is Rigo. I grew up in East Los Angeles, but I was born in Guanajuato, Mexico. I love soccer arrivas las Chivas y el Leon!!!!! I practice soccer in the the local park as a midfielder and a wide receiver when the football league comes to town. Thanks for the interest of checking my stuff. Take care.