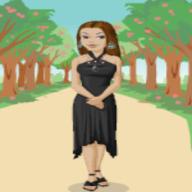 Hi! Thanks for visiting my profile :) I'm a 16 year old girl who harnesses her strengths and weaknesses to succeed and help others. :) I am very proud of my heritages (Onkwehonwe/Kahnien'kehaka (mohawk) from my dad and Italian, Swedish, and English from my mom) and do my best to respect and honor them. I always want to help people, so send me a message if you need to talk or want a question answered :)