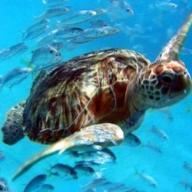 Think you've seen it all? Think again. Outside those doors, we might see anything. We could find new worlds, terrifying monsters, impossible things. And if you come with me... nothing will ever be the same again! "I'm the Doctor! Simply "the Doctor"! The one, the only, and the best" ;)