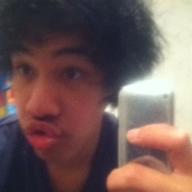 I like all things music - Lady Gaga, Justin and MJ are the best! 'I Live For The Applause'! Fav. Gaga song so far would be Marry The Night, As Long As You Love Me by Justin and definitely Wanna Be Startin' Somethin' for MJ. I like to hang out when I can be stuffed. I run, draw, sometimes cook, and sometimes sing (in my room/shower) haha... I like to be myself and like people who can also be themselves also.