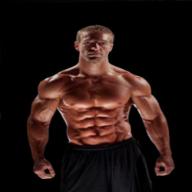 I am into health and fitness. I love to help people with their fitness problems, I don't care if its in a question or not. I like to make sure all of my answers are in full detail, and help people out to the biggest extent I can. I'm 17/18 years old, and I'm a Christian. This is my previous account: http://answers.yahoo.com/my/profile?show=GZvJhjXVaa I'm making a website that answers questions about the Bible (OLD): http://biblequestionsanswered.blogspot.com/search?updated-max=2009-04-05T03%3A32%3A00-07%3A00&max-results=1 I love surfing/beach, running and bodybuilding. "When you want to be successful more than you want to breathe, then you will be successful." If you have any questions just email me: macrya@hotmail.com