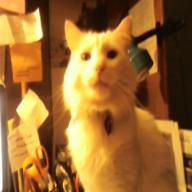 I am a animal lover,and I'll fight against abuse of any kind,animal or human. I have worked as a caregiver for 20yrs. currently at home taking care of my Husband, Big dog & 2 white cats. I also fight for veterans right for decent health care as my husband and Dad both were in combat and in need of medical care.