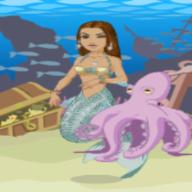 I enjoy spending my time with family and friends. I have raised 5 kids to adulthood and am now the proud grandma to 11 beautiful grandchildren. I enjoy many things such as music,art, reading and partying but my favorite hobby is people watching and sometimes people annoying. I was raised in the country as a child but finished growing up in the city. I have attended 14 different schools throughout my lifetime. I have also held many different kinds of jobs from factory work all the way to my present chosen career in the medical field. I feel any work is good work.