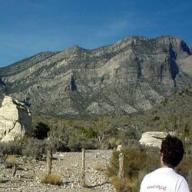 In my formative years I trained swine to locate strange growths among the roots of a particular tree. Foreman Jizzle regularly whipped me and the other swine mushers (yeah, we were called THAT!) I had to leave. The trials and tribulations of life on the road are nothing, I suspect, in comparison to the several months of hell I and my willing crew endured while crossing the southern Pacific on a balsa wood raft. Dehydration, sharks, and ever-present defecation logistics problems were only a portion of these trials. In response to my well-heeled, and I suppose, much dryer critics back home, I would shout: "check me now, bitches!", as I bobbed and thrashed hither and thither, forehead caked with my less stalwart crewmembers' bile. It was this sort of gutsy panache I was most well known for outside of academic circles, (before I found my fame on the high seas, of course) having once shouted at FDR during a Democratic party fund-raiser: "Shut up b*tch!." That was just after the Korean war..