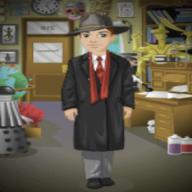 I come from a military family, I was learning more about history, weapons, other countries and the military at the age of six than most people three times my age. Born and raised near San Fransisco. I love to read and write,not a great speller though. I was a world traveler till I was twenty five. I have friends of every size, shape, race, sex, orientation, type and political affiliation (except "truthers" or extremists, they are too irrational). I am passionate about Politics, I am a Republican and I make no apologies about it. Do I go lock step with everything my party promotes? No. Do I agree with a lot of Republican principles? Yes. I like to argue, and will often time play devil's advocate if I think it would be fun to have a debate. So I try to keep informed on both sides of a political argument. I like to talk and I like to laugh even if no one know why. Respect my views and I will respect yours. I always have a story to tell. And I usually ramble on and on and on