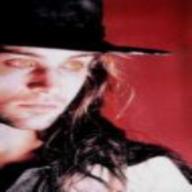 Hi my name is Jeff. I'm passionate about 4 things; Fitness, Nutrition, Politics, and God. I just turned 40 but am blessed with the health of someone half my age. Always love making new friends. Here's a link to my page at Myspace http://www.myspace.com/darktania