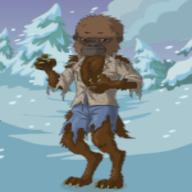 You'll always find me in the RHH section, but I'll pop up in elections from time to time.