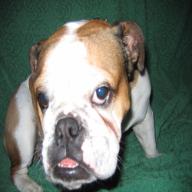 romanian, dr, involved in diabetes care I like to answer people's questions if the topic is familiar to me and I have some knowledge to share about it.