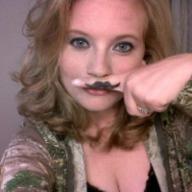 I am a Jehovah's Witness. I am also married and mother of one. I live in Canada.