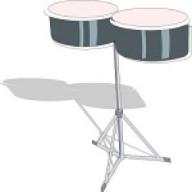 I believe in providing a complete answer to a sensible question, with appropriate references. Too many people merely respond with a glib reply, that lacks any depth, and provides the asker with absolutely no insight whatsoever.