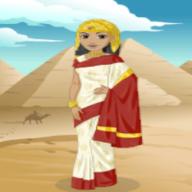 Meditation in God is my capital. Reason and sound logic are the root of my action. Love is the foundation of my existance. Enthusiasm is the vehicle of my life. Contemplation of Allah is my companion. Faith is the source of my power. Sorrow is my friend. Patience is my clothing and virtue. Submission to the Divine Will is my pride. Truth is my salvation. Worship is my practice. And in prayer lies the coolness of my eye and my peace of mind. ~ Prophet Muhammad (pbuh)