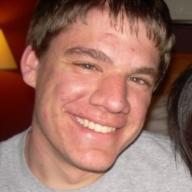 I am a student at Penn State University majoring in Health Policy and Administration, and I have a knack for politics and international issues, emergency services and 9-1-1, and issues regarding sexuality and identity, especially topics regarding homosexuality. I am always open for conversation or a healthy debate on a wide variety of subjects, so feel free to shoot me an e-mail! Thanks for stopping by :-) P.S. While my life is hectic at times, I respond to all e-mails, though it may take me a few days or even a week to get back to you. Don't you fret, however, as I will reply to you! Thanks!