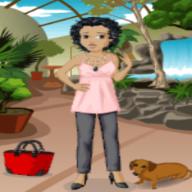 Young at heart, love traveling, inquisitive and will utilize the Internet for other opinions. That is all!