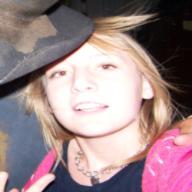 Hey, my name is haylee!!! I am 15 and I'm a freshman! Polls and Surveys is the most amazing category that exists! I am the most sarcastic person ever!! haha. So if I say something a little mean, i'm joking! I love to talk to people on the internet, so hit me up!