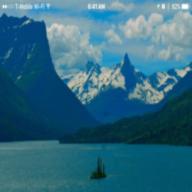 PLEASE do a SEARCH here for answers to your questions first. Someone else probably already asked the same question!!! That way we don't have to answer the same thing over and over and over. I tell what I have learned. I will say this: law school is VERY, VERY expensive!!! Please research the vocational path you are interested in thoroughly BEFORE you enroll! (My answers are based on my knowledge, information, and belief. My answers are intended as personal opinion, and not intended as legal advice. None of my answers posted here should be taken as forming any attorney-client relationship with any other user. Seeking advice over the Internet is not a good idea - the field of Law is too complex for that. Whenever your legal rights/obligations are at issue, consult with a lawyer licensed in the appropriate jurisdiction. Please be careful and do your research.) PLEASE NOTE: copyrights are not intended to be infringed upon.