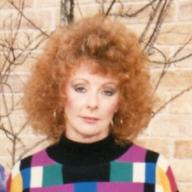 I have worked in the social services filed for many years in children's protective services, director of a domestic violence center, mhmr, drug and alcohol, and working with youth