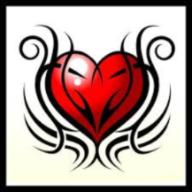 About me? Not much to know, I love music. ♥ I come here to broaden my knowledge of music and if by chance I can help someone with music recommendations or anything else, then I am thrilled. ;-) Lately I have been into stoner/doom/sludge metal as well as my all time favs blues rock & progressive/post metal! Some of my favorite bands to listen to at this time are....Tool, Down, Kyuss, Mark Lanegan, Graveyard, Roadsaw, The Blackwater Fever, Antler, Iron Tongue, The Flying Eyes, QOTSA, Dozer, Monster Magnet, Tank86, Monkey3, Led Zeppelin, AIC, Soundgarden, Porcupine Tree, Mastodon, Karma To Burn, Earthless, Dream Theater, Opeth, Temple, Black Sabbath, Robin Trower, Scale The Summit, Pelican, Russian Circles, Planet X, Deftones, Karnivool, Bad Company, Free, Traffic & Montrose ♥ Oooh yeah, my contacts are the coolest people on Y!A. This is for you! http://youtu.be/JRjP7gHwF8I?t=30s Add me if you like! http://www.last.fm/user/LoveAmongRuins http://bandcamp.com/LoveAmongRuins