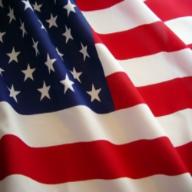 I am a Christian Constitutionist Capitalist Conservative. "It is the duty of the patriot to protect his country from his government." -- Thomas Paine