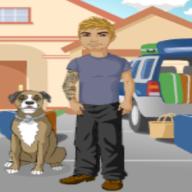 I'm an IT major finishing up this year. I'm currently interning as an IT tech and will hopefully be doing something similar with better pay next year. I'm a first degree black belt in Hwa Rang Do karate, similar to taekwondo. I'm working on my third martial art.