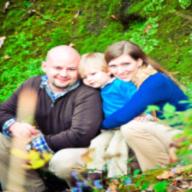 Expecting Baby 2 in October/November. Proud mommy to a beautiful 3yo boy, and wife to a wonderful man and fabulous chef. I work as a portrait photographer at a retail chain, and ADORE my job!