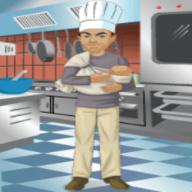 i am gene better known as HYGIENEFAN883. my purpose is give great answers to all and any of your questions that you could ask on the yahoo answers website. feel free to give my a whoop shout and hollar at my email adress (HYGIENEFAN883@yahoo.com). now a little about me. I hate using the internet and go online as little as possible so try to keep that in mind if you try to talk to me. i can only bring myself to use the internet sometimehs to check email and yahoo answers so remember DON'T tell me to "google" things because i will not do it i only use yahoo. i feel that in these day and age there are a lot of scamers and charlatens about to steal and take you're money and the best way to avoid is to use special sites that have you're trust like WWW.YAHOO.COM. so you see while your laughing about me and how i am to"old" or "stupid" to use other sites i will be laughing at you because you will be hacked and not useing your computer because hacked and they stealing your credit card numbers