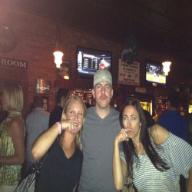 Get at me if you wanna talk about Hockey Equipment...