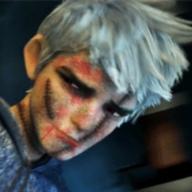 بسم الله الرحمن الرحيم ℐn the name of God, the all-compassionate, the ever merciful. أشهد أن لا إله إلا الله، وأشهد أن سيدنا محمد رسول الله ℐ bear witness that there is no god except God, and I bear witness that Prophet Muhammad is the Messenger of God. ☪Ƭhe most merciful person is the one who forgives when they can take revenge. And the strong person is not the good wrestler. Rather, the strong person is the one who controls himself when he is angry. ☪"ℋappy is the person who finds fault with himself instead of finding fault with others." Prophet Muhammad (May God exalt and bring peace upon him, his family, and his companions) السلام عليكم ورحمة لذلك قد من الله وبركاته Ƥeace be unto you and so may the mercy of God and His blessings.