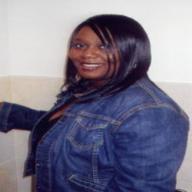 I'm 26 years old. I'm a mother of 1 and the better half of dcconaway. I'm a hopeless romantic who enjoys life to the fullest. I love a good debate (as long as I know I'm winning and right). I enjoy many things, all you have to do is just ask. myspace id preciousjem69