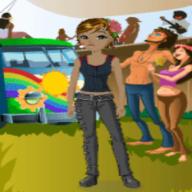 aNd YoUr BiRd CaN sInG<3

Bright are the stars that shine, dark is the sky. I know this love of mine will never die. The long and winding road that leads to your door will never disappear, I've seen that road before. It always leads me here, lead me to your door. It wont be long, till I belong to you. All I gotta do is act naturally I want you so bad its driving me mad, its driving me mad. It's gotta be rock'roll music, if you wanna dance with me. When you're dead, you don't take nothin' with you but your soul Who knows how long I've loved you, you know I love you still. Will I wait a lonely lifetime, if you want me to, I will. Please love me do, oh love me do<3 And in the end, the love you take is equal to the love you make<3 In case you haven't noticed^^...I'm a Beatles fan. Paul is my choirboy, John is my troublemaker(power to the kid that always talks back to the teacher!), George is my sweetheart, and Ringo? He's just my favorite&l