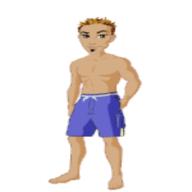 Health & Fitness is my life. I am a science major who is studying health and fitness management with plans to become a Doctor of Physiotherapy. I grow organic fruits and vegetables in my 200 sqft² garden and juice every day. I try my best to help answer questions about health and fitness, cars, technology, gardening, family and relationships and food and drinks.