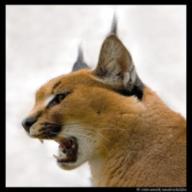 No Chance without Safi

I am Safi (صافي), of the atheati. Yes, I'm an atheist, and yes, I am married to a Muslim. Listen. Muslims: Don't rush to judge. There ARE some scholars who say it is okay for a Muslim man to marry Jews, Christians, AND ATHEISTS, but no polytheists. As long as the kids will be raised Muslim. Ours are. Opinions to the contrary? Please keep them to yourself. We have 4 kids, they ARE Muslims, with fine Islamic names, and halal food, always. My husband is not a terrorist, he does not beat me, and he does not have four wives. Any other questions, email me. Be nice. Some of my best friends are Muslim, Jewish, and Christian. I like individuals, not their religions. ____ Universal Declaration of Human Rights (UDHR) Article One states: All human beings are born free and equal in dignity and rights. They are endowed with reason and conscience and should act towards one another in a spirit of brotherhood. ♥♥♥♥ ♥ŠΛҒİ♥ ☼Ầ⁬тĥěαт⁮⁮⁮⁮⁮⁮⁮i صافي صفيـّ