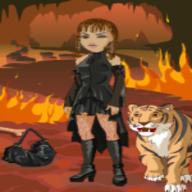 Hi! I love to read. I have a beautiful daughter. She is my life!