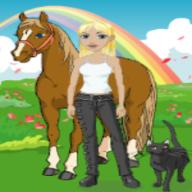 Hi, I am a divorced mum of two children. I have 2 cats from a rescue centre, a horse that was rescued from being put down and 3 fish. I am an Occupational Therapist and previously worked with horses on a dressage yard and before that worked in computing.