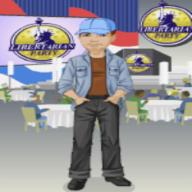 Hello and welcome to my profile. I'm not sure what to put here yet, but if you are reading this, my sympathies :)