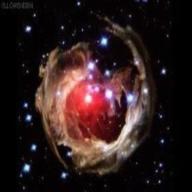 Sophist (Sophistēs), originally meaning in Greek a man who had a particular skill and therefore a claim to wisdom. In the fifth century BC it came to be specially, though not exclusively, applied to itinerant teachers who went from city to city giving lectures and private instruction for a fee. The subjects they taught were wide ranging, such as geography, mathematics, science, linguistics, but their overriding purpose was to train rich young men to be successful in public life; in their own words they ‘taught virtue’ (aretē). To this end all of them to some extent included in their curriculum the teaching of rhetoric, the art of public speaking; some, notably Gorgias, concentrated on this subject exclusively and gave public performances to advertise their rhetorical skill; the ability to argue persuasively was essential for political advancement, and politics was the career above all other in the ancient world that offered power, fame, and fortune.