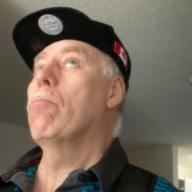 I'm an open book. If your keen take a look at my real picture and stuff on my 360 site. But for now, I must admit I like to write and read and think about philosophy and I am into writing short stories. I like to think I have a healthy lifestyle, but who knows, I'm definately not perfect. I just want to lighten up enough to enjoy the day and do some questions and answers! Mike t.