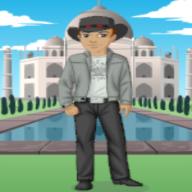 I am working as a stress engineer in structures department of arguably the largest aircraft manufacturing company in world. I have got my M.Tech. degree in Aerospace Engineering and B.E. in Mechanical Engineering. Once I was a big fan of Yahoo! Answers when it used to be for helping people; not like as it is now - a heaven for spammers. Hope someday in future we will see less chatting and ranting and more serious, thoughtful questions and helpful, informative answers. I get so many mails from users that it becomes extremely difficult to sort out the spams, marketing mails and genuine messages for help or asking clarifications of my old answers. So if you want a serious reply then indicate your full name and location in your message.