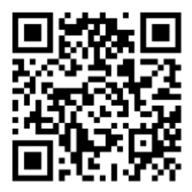 Knowledge is potential power. Without it, you are left powerless. Power comes from knowledge ONLY when the knowledge is true, correct, and complete both in it’s content and also in the user’s comprehension and application.