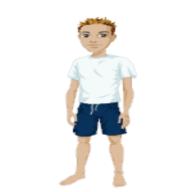 I am interested to cater services to supply indian products of best quality and most competitive price to overseas individuals or retail traders in small or big quantity.I have enormous contacts in almost every categories of product from even the remotest corner of different states of the country. I invite valued orders and propositions. I also offer personalized services for NRIs to deliver services to their near and dear ones on their behalf. Presently this service is available only for Kolkata (Calcutta) and the nearby districts of West Bengal.