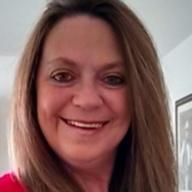 Im am on here only to give answers or help if i can. I am not being mean by anything i say. So please be nice......... Thanks and to anyone on here i may have offended im really sorry.I am not a hacker or someone who sends virus,I know pc and how they work, I am here only to help.And i do not care about point's either.I get points by answering ,If some one gives me best answer that is there choice.For people on here who is asking me to help i can not reply to your emails unless your email is verfied