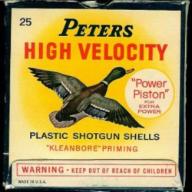 Middle-aged, single, straight, white male. Born and rasied in Pennsylvania. Have spent most of my years in PA, WV, VA, MD and DC. I generally contribute to the hunting Q&A forum. Also talk some politics (I am a Reagan Democrat).