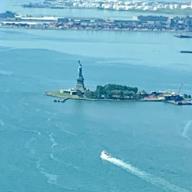 Like all of you, I am an alien, put on this earth to do good and think good.