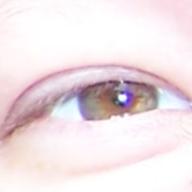 I had my baby in January, 7 weeks early. She spent 17 days in the NICU, but everything is great! She's 9 months now and crawling around like a mad woman! LOL We named her Kya Leigh and she's the most beautiful thing I've ever seen!. Every day she's doing something different, it's amazing! My husband and I are so happy. Our little family is perfect. She'll be the only one we have, as I had complications with the pregnancy and birth, but we are so happy to finally have our family complete!