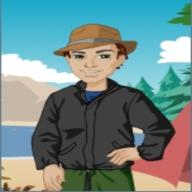 I am a refugee from the politics section. Ever since it has been completely taken over by nutjobs, I have been enjoying the Hockey forum. I do visit the politics section every once and a while, but not often anymore. I like my Hockey. My e-mail is open, but please keep all messages civil or I will have to shut it off temporarily.