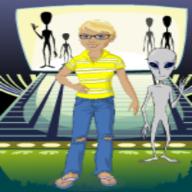 I try hard to be a follower of Jesus Christ. He has called me a warrior for truth and justice, and hopefully I fight on His side. I acknowledge that I am still a flawed human being, but I push forward, striving to live in Christ's strength and not my own. I believe in God 100% and I hope that I can share the reasons I have for my belief with others. I am also a lover of the pure game of baseball. I enjoy watching movies and tv show box sets in my spare time.