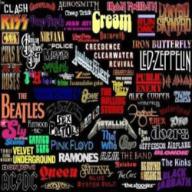 Thank you for visiting my profile page! Please feel free to add me or send me an e-mail if you want, because I'll probably add you back! I am a teenage girl from New Zealand. I love listening to music, watching movies, going to the beach, and chillin' with my friends on a hot summer's day. =) My music taste consists of mainly hard rock/metal. My favourite genre is thrash metal and my favourite bands are probably Nirvana, Slayer, Red Hot Chili Peppers, AC/DC and Alice in Chains. Have a nice day! ♥